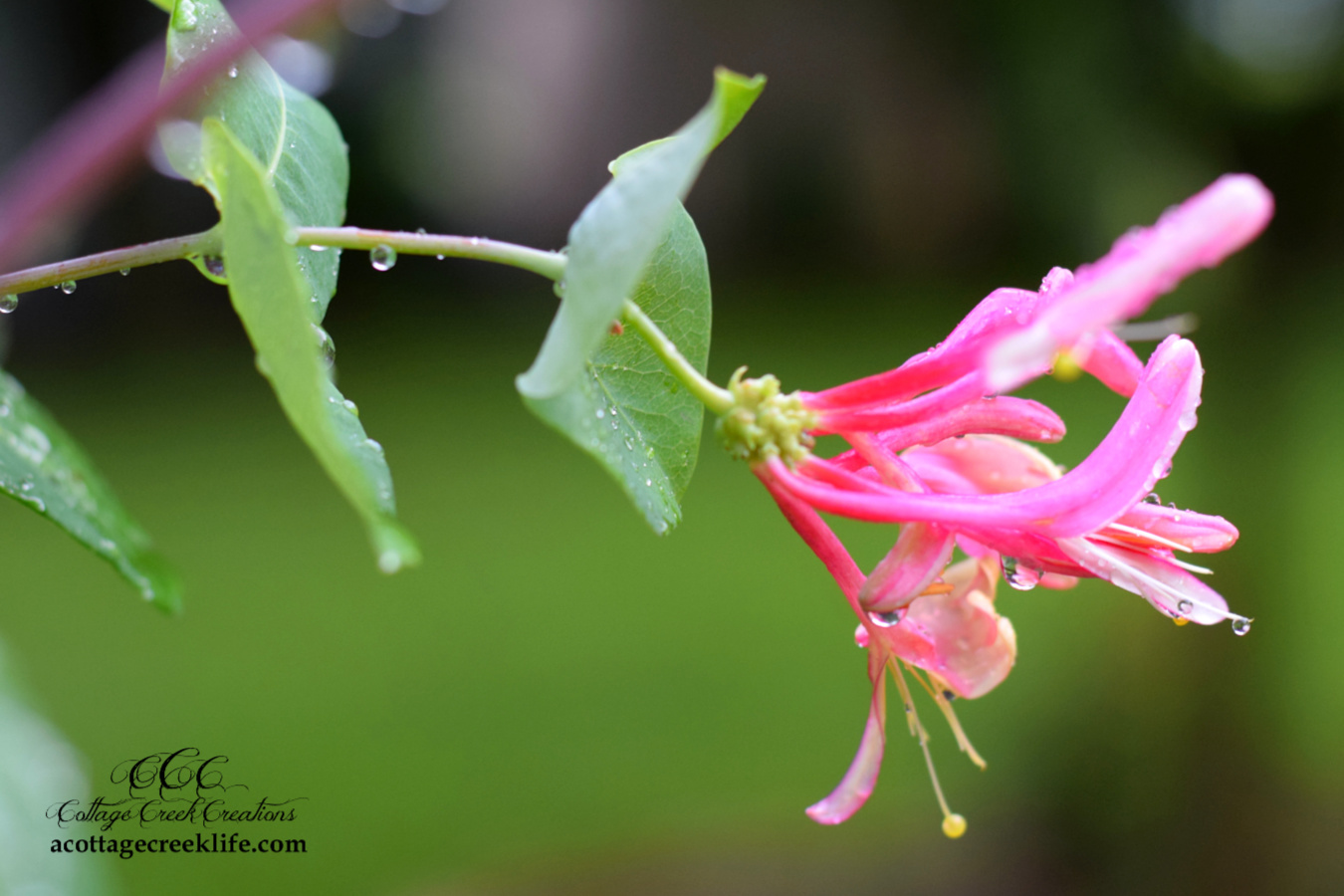 It was a beautiful fall morning.  Coffee mug in hand, I had settled into my best loved chair to sip and ‘soak in’ the quiet of the morning.  Gazing across a misty, pastoral scene, through the picture window’s view, my thoughts melted into calm gratitude.  In subconscious response, grateful head bowed into spirit’s bliss.  I became mesmerized by creamy swirls in the steaming cup, as the purity of the moment brought deep reflection.

Then…it happened.  Peripheral vision caught a hint of movement, but a glance toward the window came up empty.  Ready to resign myself to the possibility of ‘imagining things’, it was suddenly there, again, in the distance.  Curious eyes strained to see as my mind grappled to comprehend the dark and unfamiliar objects that were flying high into the air.  At once, I was on my feet, nose pressed against window pane to examine the oddity.

Rising above the depths of a ditch was the extended backside of a… pig?  Its massive, bobbing head was frantically heaving tufts of wet sod high into the air.  Deep, muddy ruts cut sharply into green lawn by the sow’s incredible effort.  Who knew that a pig snout could do so much damage in such a short amount of time!

Tentatively, I opened the front door, hoping that I might be able to scare it away, from a distance.

Even to my own ears, it was a feeble attempt.  Clearly, the animal was not fazed.  Tufts flew high as deep, reverberating grunts met my fruitless objections.  My mind raced through several possible options -all quickly shut down with a clear vision of a ‘crazed-pig attack’ at the end of each scenario.  I thought about calling someone for help, but who does one call to dispose a 1,200 pound pig from a lawn?  So there I stood, paralyzed by fear, watching the scene unfold.

The pig’s attention was eventually drawn away from the ditch.  Toward me.  Large, muddy ears wobbled as tiny, glassy eyes met mine.  We stood locked, by it’s curiosity of me and my fear of it.  However, it didn’t take long for the sow to lose interest, and I watched in horror as it’s attention became fully alert toward my bountiful, organic garden.  In that moment, two decisions were made:

Suddenly, fear wasn’t the biggest thing; determination to protect my abundant garden was!

All bets were off, including any shred of personal dignity.  I raced for the utility closet to secure my weapon of choice…an old, red broom.  With robe tails flying and battle cry sounding (a whole lot of whooping and hollering), my legs found muscles that had been long forgotten.  This time, it was the pig who was fearful, and I was unfazed by anything but my intended goal.

As the squealing animal fled the property, I felt a surge of surprised wonder at the sudden successful turn of events.  My moment in the sun didn’t last long, however, as (much to my chagrin) the scenario was replayed a second time, upon the sow’s return.  That time, with no hesitation on my part, the “Pig War” came to a final end.  Victory was mine!  Peace was restored and abundance preserved.

Upon later reflection, I saw the incident as a clear analogy for life.  How many times is fear the biggest thing, paralyzing us in our tracks, overriding positive potential, destroying life’s bounty?  Instead of caving to the falsehood of fear, what if we kept an intentional, vigilant focus on preserving the bountiful gifts that lie within our grasp?

Fear is masterful at taking tiny drops of experience, infusing each with twisted meaning, and then steadily dripping…

Before we know it, we fall into its rhythm, hypnotized by the redundancy, taking the hopeless notions to heart.  There we stand, immobile at the front door of life, watching it all unfold, feebly objecting from a distance, paralyzed by imagined scenarios that lead to nowhere good.

Instead, what if we became fully aware of the deception, choosing to intentionally focus on uncovering the gifts in each moment?  What if we made the purposeful decision to approach life as if it were a treasure hunt, in full expectation of discovering the gems of abundance that the Creator of all good things has placed within our grasp?  When fear isn’t the biggest thing, there is room for hopes and dreams.

More often than not, we have to face down our fears -multiple times- before they finally

Big pigs don’t go down without a big effort.

So, grab your best red broom, take a deep breath, whoop and holler at the top of your lungs, and let your robe tails fly!

From abundance, your best hopes and dreams will thank you later.

Thank you for visiting A Cottage Creek Life.  Please subscribe with your email to receive notifications of new posts!  For additional (and more frequent) inspirational tidbits, please visit and ‘Like’ our Facebook page.  Join our growing community of like-minded, best-life-seeking, peace-loving friends.  Hope to see you again, real soon.

4 Replies on “When Fear Isn’t the Biggest Thing”